We are Proud to Continue a Tradition of Labour-inspired Music

The music of the labour and social justice movements has created a rich tradition that has connected people around the world and across the decades. More than a century ago, Wobbly poet Joe Hill wrote Where the Fraser River Flows for railway labourers on strike on the CPR construction site in B.C.’s Fraser canyon. Workers took the song to worksites around the province, writing new words in new locations.

Generations later, singers have encouraged thousands of people to pick up a song, the labour anthem Solidarity Forever (by another IWW poet, Ralph Chaplin), by creating Rockin’ Solidarity, a revved-up version by San Francisco activist Dave Welch. Along the way, hundreds of people have added their voices and their activism to the labour music tradition, whether they are choir leaders and singers in local communities or recording artists such as Pete Seeger, Jon Fromer, Anne Feeney, James Keelaghan and Maria Dunn. They’ve brought new songs to the mix – songs of social justice, songs in support of the environment, songs of peace and more.

This is the music of the Left Coast Labour Chorus.

And we  endeavor to promote this kind of music by sponsoring a biennial song-writing contest offering cash prizes! 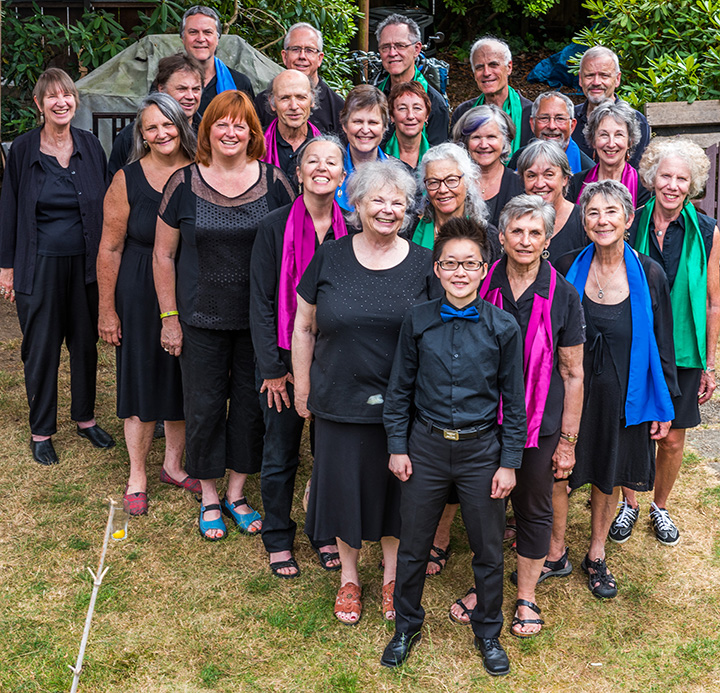 Formed in September, 2014, the Chorus is 30-plus singers who merge their voices and their activism in their music.  Some Chorus members are new to choirs; many have been part of other choirs and song groups, including Solidarity Notes, Bargain at Half the Price and Union Train.

The conductor of the Left Coast Labour Chorus is Peggy Hua, a musician and conductor who leads a number of different choirs in the Vancouver area. Classically trained in choral conducting, at UBC’s school of Music, she brings skill and knowledge to the Chorus, along with an infectious enthusiasm and energetic conducting.